What exactly does it mean to green your diet? Apparently, there is no definitive definition. “Going green can be such a trendy tag line — it can go in so many different directions,” notes Rémy Leigh Peters, a registered dietitian at the Roy and Patricia Disney Family Cancer Center at Providence Saint Joseph Medical Center in Burbank. 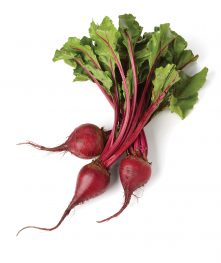 When people say “green,” are they trying to be more environmentally conscious, eat food that’s more organic, with fewer pesticides and fewer GMOs? she asks. Are they trying to eat more whole foods that they’re preparing themselves? “Or are they getting it mixed up with ‘This is organic, so it must be healthy?’ Just because something is organically grown doesn’t mean that it can’t be adulterated so that it no longer has the health benefits that it originally started out with,” Peters points out.

Whatever your interpretation, going green indicates that you’re trying to be healthier — for yourself and for the planet. Peters, who works with cancer patients, has some specific suggestions to help.

Keeping It Natural and Seasonal

First, “stick as closely as possible” to nature. “What has the earth grown for us?” she says. “I believe all of our healing constituents, phytonutrients, are in foods that are grown. So how we incorporate that into our diet as much as possible is really what’s going to be the basis of a healthier, disease-free lifestyle.”

Another suggestion: Eat with the season. “Seasonal produce is incredibly optimal, fresher and nutritionally superior, because they’re usually sun-ripened so they’re at their point when nutrition density is highest,” she says.

In the spring, “dark green leafies, such as Swiss chard and beets, help detoxify our blood and oxygenate our bodies and renew ourselves.”

In the summer, “we have a lot of hydrating fruits and vegetables — like watermelon and cucumbers — and they’re high in vitamins A and C” and help combat sun exposure.

During winter and fall, “we have things like onions, potatoes, squash and leeks. Those are grown mainly underground. They store longer. And they’re perfect for warm foods like soups and stews. They’re also high in vitamin C and antioxidants and can help with immunities.” 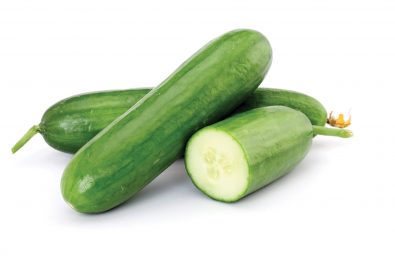 Fruits and vegetables that aren’t organic were “probably harvested early, so they weren’t ripened [and] don’t have all the nutrient density,” Peters says. In addition, they were likely “chilled, which makes the taste deteriorate a little, and probably flash-warmed or warmed in a hothouse so that they can artificially ripen. The transportation, maybe the radiation, or the waxing — all that can take away from the taste and the crispness.”

“There’s really not a difference in nutrient content,” she says. Whether foods had “something spritzed on them or not, it doesn’t take away the nutrient value. We want to try to eat organic, but nonorganic fruit is better than no fruit at all. You’re still getting a lot of nutrient value.”

Farmers markets are good sources of organic produce, and Peters is a big proponent. “I try to visit as much as possible and support them,” she says. “I’ve gone to the one in upper Burbank. There’s one on the corner of Forman and Riverside. There’s one on Sundays on Laurel Canyon and Ventura, which is big and fun,” she says. (See “Farmers Markets in and Near Toluca Lake” for a list of area options, or visit the U.S. Department of Agriculture’s National Farmers Market Directory.)

Peters offers the following tips for shopping at farmers markets:

“I’d like to direct people to what is called the Dirty Dozen or Clean 15,” Peters adds. The lists, put out annually by the Environmental Working Group, a Washington, D.C., nonprofit dedicated to protecting human health and the environment, are consumer guides to pesticides in produce. But just as Peters noted that it’s better to eat nonorganic fruit than no fruit at all, the EWG also cautions against automatically dismissing the produce on the Dirty Dozen list. Those items are still more healthful for you than processed foods that have fat, sugar or additives, it says.

And nothing beats the taste of home-grown. “We’ve all had that apple that tastes all pithy on the inside and a tomato that tastes kind of like meh,” Peters says. “But then you grow your own and then you go, ‘Wow, that’s what it’s supposed to taste like!’ And that’s not even talking about organic or not.”

If you’d like to learn more about nutrition, antioxidants and immunities, see Peters’ Facebook page for information about the free classes and workshops that she teaches.

Thyme is on your side

Herbs such as basil, oregano, mint, rosemary and tarragon may be small, but they pack “such a flavor burst” and are easy to grow in your yard or kitchen window, Peters says. They also have significant health benefits.

“The nutrition is incredibly concentrated in herbs and spices,” she explains, pointing out that just their antioxidant values alone are a good reason to have them handy. “Vitamin A, vitamin C, magnesium are all very detoxifying and incredible for immune boosting. Say you have vegetable soup — top it off with parsley or cilantro. It’s extra antioxidant food. It’s amazing how concentrated the nutrition is, just in that little amount, a pinch even. It could be about as much [nutrition] as an entire salad. It’s that potent. Shaved ginger is incredibly potent, nutritionally.”

“Garlic has been deemed a real cancer fighter because of its antioxidant value,” nutrient quality and the way our bodies are able to absorb it, she adds.

In addition to being antioxidants, all herbs have anti-inflammatory properties. “The more we’re learning about inflammation in our bodies being the root of most chronic diseases, we want to go as anti-inflammatory as we can in our diet,” Peters says.

One of the Healthiest Beverages Ever 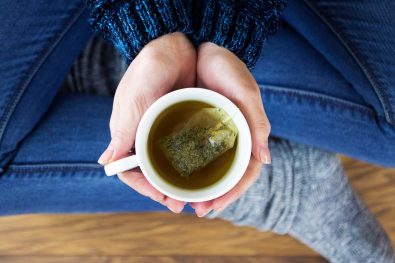 “Tea is probably one of the most underrated and healthiest beverages we can ever have,” Peters says. Studies have shown that tea has anti-carcinogenic and anti-cancer effects and that it actually shrinks tumors, she says.

“We think of tea as just a common drink but by drinking green or black tea, it’s incredibly healthy for us. Green tea and black tea are just processed differently but they’re both very high in nutrient value.” Either hot or iced tea will do. The tea has to be steeped, either in bags or as loose leaves, and not a sugar-based or powdered tea, she points out.

“Heat brings out the nutrients. But if you heat it and chill it, you still get the nutrient value,” Peters says.

Matcha is a potent option. The nutrients in one glass of matcha is equivalent to about 10 cups of regular tea, Peters estimates.

If tea isn’t, er, your cup of tea, then go for water infused with fruit or a root like ginger. “It is so detoxifying and so full of nutrition, and we’re absorbing it right away,” she says.