You never quite know what you’ll see at the weekly classic car show at Bob’s Big Boy in Burbank. Auto enthusiasts start gathering as early as midafternoon each Friday in the parking lot off Riverside Drive to stake out the best spots for the event, which officially runs from 4 to 10 p.m. and draws car collectors, hobbyists and sightseers from all over Southern California and beyond. While a core group of regulars attends nearly every week, others show up periodically with a rotating roster of cars (and often motorcycles as well), ensuring a fresh mix of original and modified vehicles from early Model Ts and ’50s convertibles to ’70s muscle cars, plus rarities and oddities that defy description. Any given night might include a famous car like the Batmobile, or a famous car aficionado such as Jay Leno. During three successive visits in April, we spotted film and photo crews, a local politician campaigning for office, and even falcon handlers (from Winged Solutions in San Dimas) introducing their birds to passersby.

While there’s always something new to encounter, at heart the event is a journey back in time to the era when these classic cars were new, when local teens met up at Bob’s after football games and drag races were customary. Many of the regulars who settle into lawn chairs on the parking lot’s perimeter to talk shop and swap stories with old friends remember those days and will happily reminisce. A walkup counter open only on Friday nights serves up Bob’s beloved shakes and burgers; music wafts from open car windows, punctuated by the revving of superpowered engines; and families stroll the lines of vehicles, picking up technical and historical factoids from the assembled experts eager to share their knowledge. Whether you’re a diehard gearhead or just a casual appreciator of bright colors and shiny chrome, a neighborhood resident or a tourist, the Bob’s Big Boy car show is an essential summer evening activity and a perfectly preserved slice of Southern California life.

“Down Riverside Drive, you know how there’s a park and right across from it is Forest Lawn?” Mark Miller asks. “That road that runs there is River Road. That’s where everybody raced when we were kids. Friday and Saturday nights, you’d leave Bob’s at 11 or 12 and then you’d wind up over there until sunrise. It was only AM radio, so all the radio stations knew what was going on, and it was pretty common practice. The cops would go there and watch, and then they’d leave and go, ‘You guys just be careful.’ And then the faster cars would show up, and then the motorcycles would show up… The whole San Fernando Valley was a lot different then.” 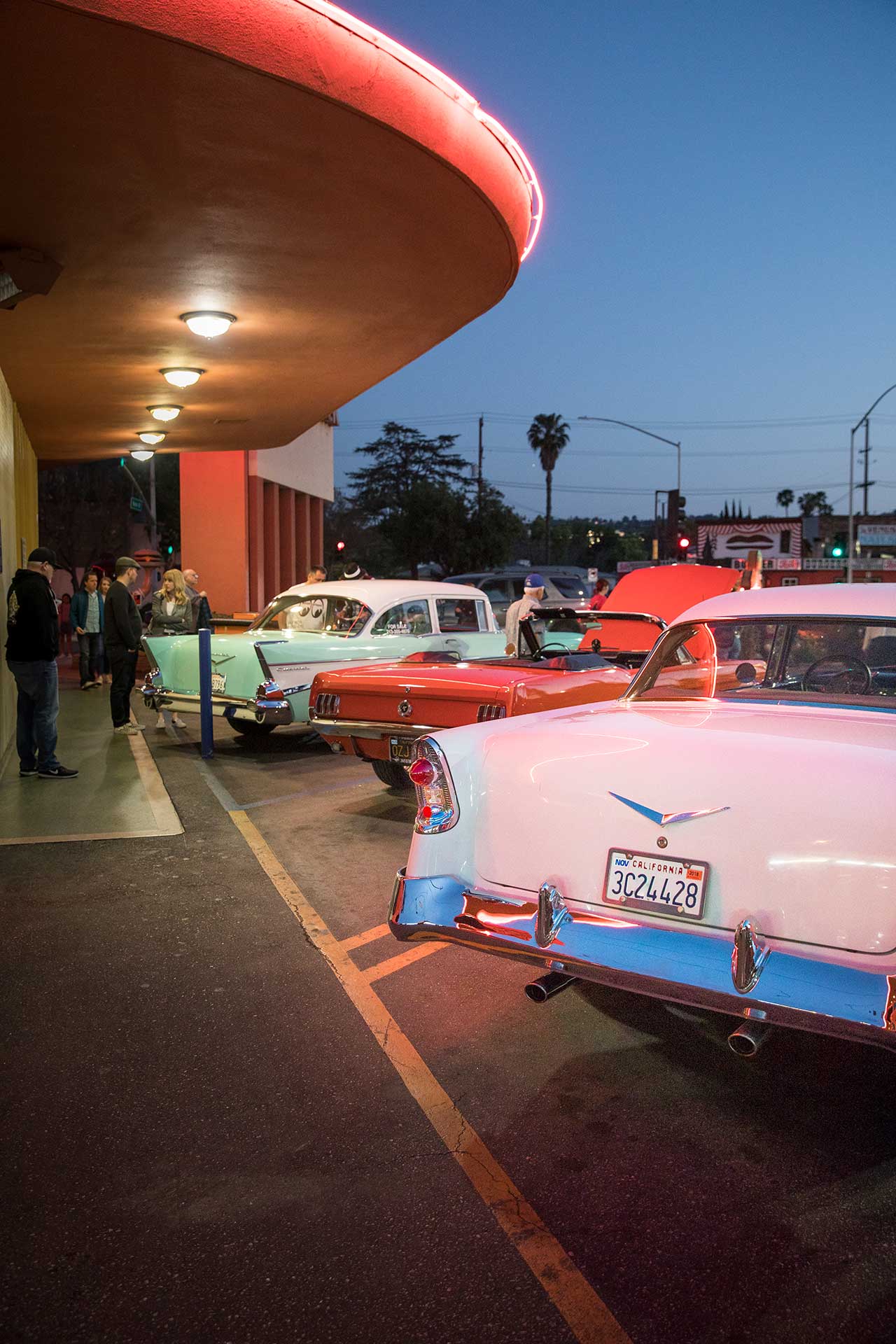 “We used to go drag racing down on the River Road. You’d come here and meet up, and then go down there and race for money, and then come back here. Friday night!” — Bob Kindoll

Larry Gillins can point out the exact spot in the Bob’s parking lot where, in 1960, his life changed forever. He was just a few years out of high school when he spotted a cheerleader he recognized: “I saw her sitting right down there in her dad’s Buick with another pretty blonde and said, ‘Hey, that’s that cheerleader. I’d like to take her out.’ So we walked over; she had a four-door car, and my friend and I, we just jumped in the back seat and said, ‘Hey, how are you?’ So that’s how we met, and then we got acquainted. I drove a nice car they liked. I took her out and we got married about a year and a half later.” The couple now has six children and 19 grandchildren, and they still love classic cars.

Jenna Anderson is the managing editor for Toluca Lake Magazine.