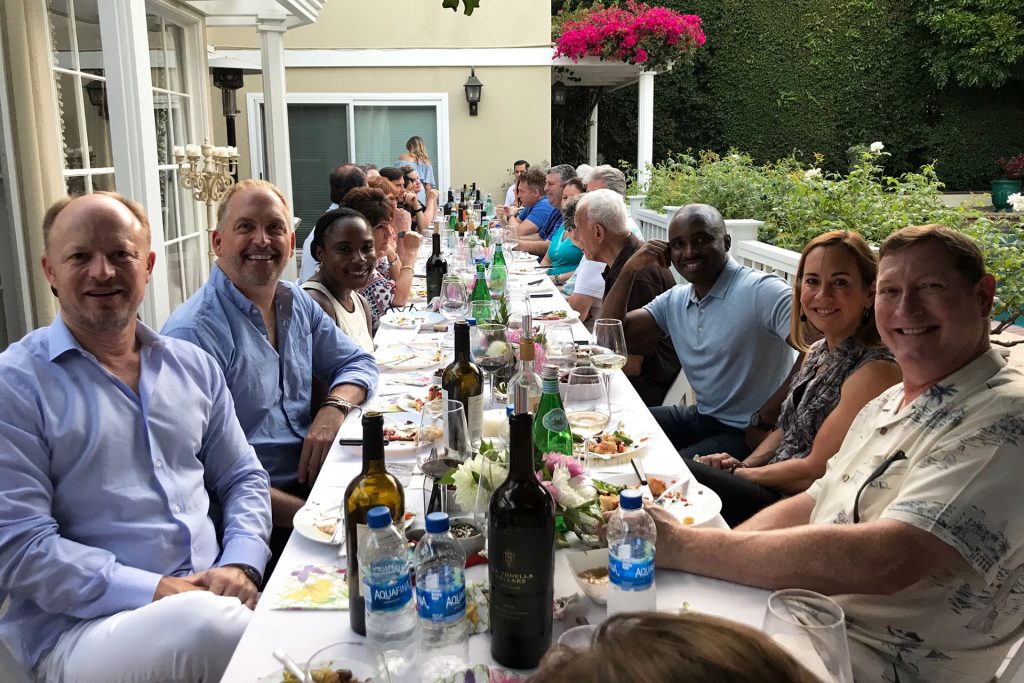 On July 21, the neighbors along Kling Street between Ledge and Cahuenga gathered for their first annual Kling Street Wine Dinner.

“We’ve been looking for an excuse to all get together,” says resident David Kaye, who organized and hosted the event with his wife, Maria Hope, at their home. (As a nod to our September/October issue’s historical theme, Kaye notes that the house was designed by architect Paul Williams in 1942, and “apparently John Wayne used to drink behind our bar with original owner Roger Kelly.”)

“Most of the block was here and everyone had a blast,” he says. “It was a great opportunity to celebrate summer and enjoy incredible food and wine.” Top-end Napa Valley producers S.R. Tonella Cellars and Somnium Wine showcased their wines, top L.A. pizza maker Noel Brohner baked pies in the outdoor oven, and Ugly Drum provided pit-smoked pastrami.

Kaye hopes that the dinner will be a tradition for many years to come, and that other neighbors might be inspired to start similar gatherings. As he puts it, “In a world upside down and full of depressing news cycles, it’s just nice to get together and enjoy each other’s company in one of the greatest neighborhoods in L.A., Toluca Lake.”