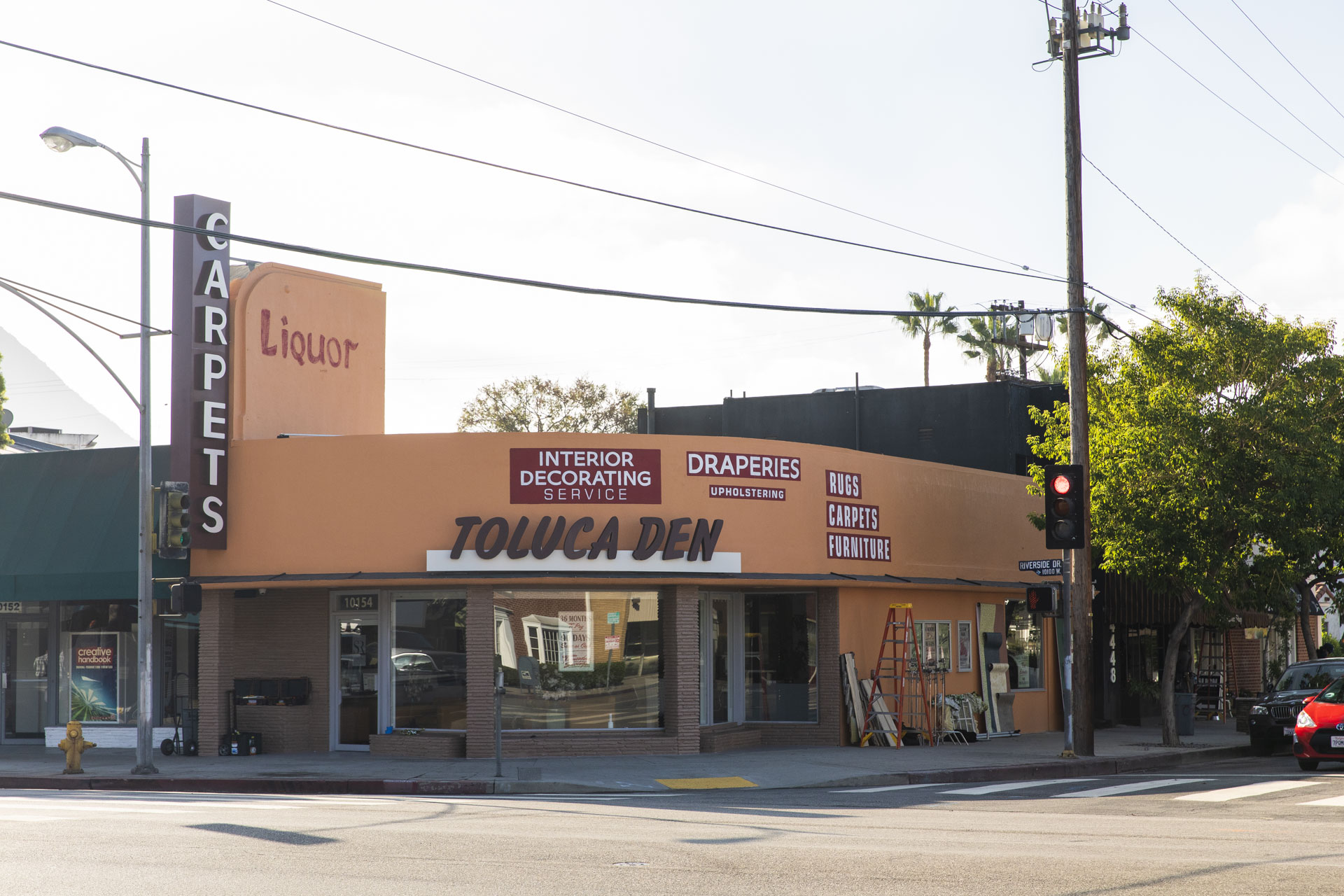 Not long after we shared memories of the Money Tree in our September/October 2018 issue, the beloved bygone nightclub returned … temporarily. For one October weekend, Riverside Drive was transformed into a vision of 1969 for the filming of Quentin Tarantino’s film Once Upon a Time in Hollywood, complete with vintage cars, retro signage and a wealth of other authentic touches. In addition to Forman’s Tavern reverting to its actual former identity as the Money Tree, Rose & Sage became a record store called “Hot Waxx,” Mailbox Toluca Lake turned into “Rudy’s Liquor” and Craig Strong’s realty office was painted bright orange to depict a carpet store called “Toluca Den.” The production starring Brad Pitt and Leonardo DiCaprio has been making waves around L.A. by turning neighborhoods into time capsules with an astonishing attention to detail, from a Taco Bell in Tustin to the Cinerama Dome and Hollywood Boulevard — and now, our very own Toluca Lake.