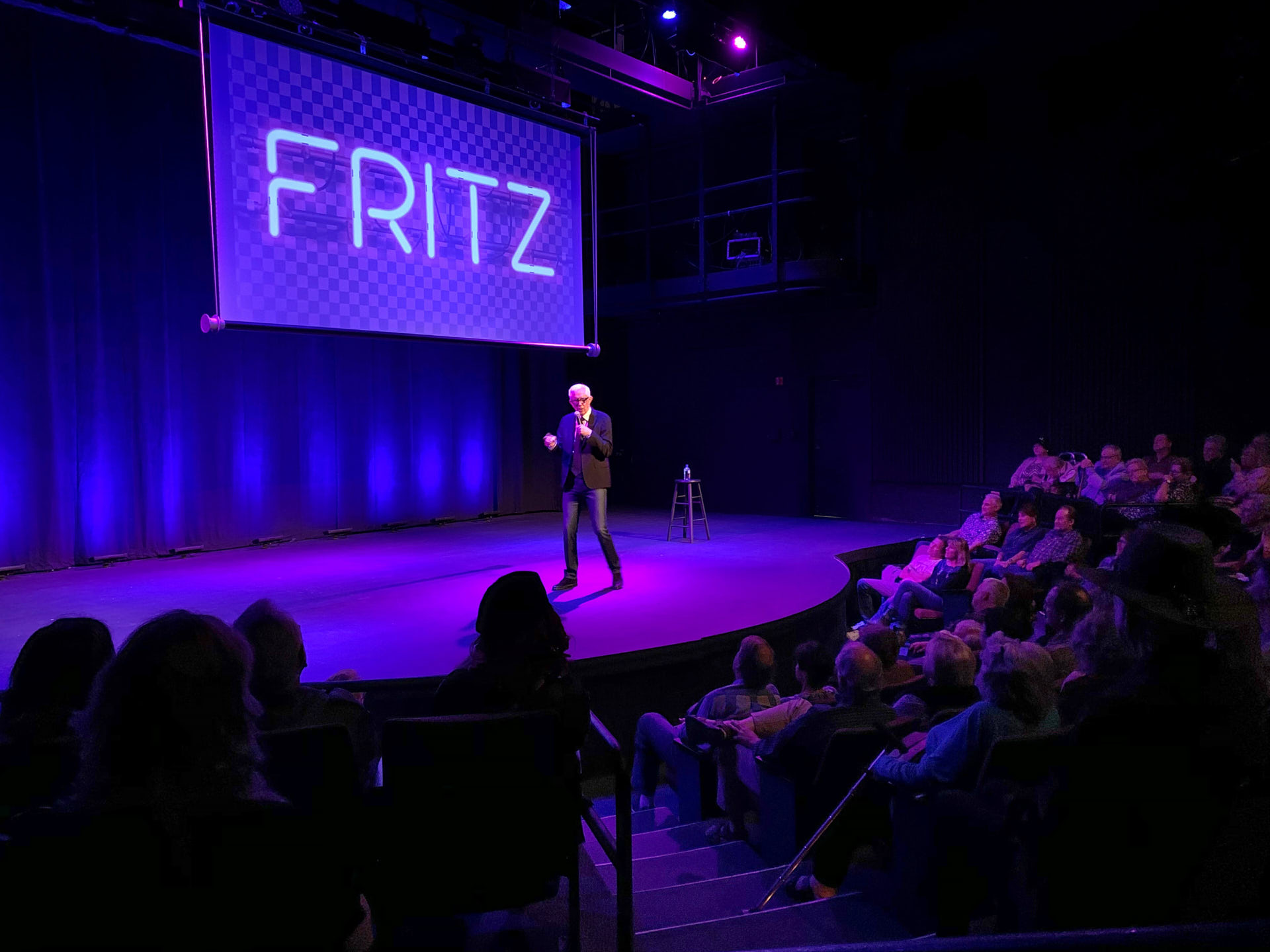 On October 13, Toluca Lake’s very own Fritz Coleman returned to the stage at the Garry Marshall Theatre for a day of comedy to support the arts and businesses in our community. During two sold-out performances of his latest one-man show, Defying Gravity, Coleman filled the theater with raucous laughter as he regaled audiences with stories and life lessons about growing up and growing old.

For Coleman, Toluca Lake’s honorary mayor of nearly 25 years, the shows were about more than providing a barrel of laughs — they were his way of giving back. All the proceeds from the show were donated to two nonprofit neighborhood organizations that he holds dear: the Garry Marshall Theatre and the Toluca Lake Chamber of Commerce.

“Community outreach and nonprofit work are aspects of my career that massage my soul,” Coleman says. “Truthfully, even more than the money raised, it’s about the fellowship. Residents and supporters getting together and hanging out with a common purpose — it’s the best!”

The idea for the benefit show came from Shannon Hartman, proprietor of Priscilla’s Gourmet Coffee, Tea & Gifts and member of the Chamber of Commerce.

According to Hartman, in the past, Coleman “donated” several shows to the chamber to help raise needed funds. One day, on a whim, she approached Coleman at her shop and asked if he was interested in helping the chamber once again. “With a smile on his face, he said ‘yes,’” Hartman recalls. She then contacted Joseph Leo Bwarie, artistic director for the Garry Marshall Theatre, with the idea, and he immediately came on board. “From that point on, Fritz and Joe made the event come to life,” she says.

It was a team effort to get the show up and running: The Garry Marshall Theatre donated the advertising, signage and PR for the event; Priscilla’s donated the hot apple cider, coffee and desserts for each after-show reception; and Coleman promoted the show on the radio and other media outlets.

The show’s ticket sales and auction helped raise $19,120 for the two organizations. The chamber plans to use those funds to continue the support of its business members and the beautification of Riverside Drive, and the Garry Marshall Theatre will be using its portion of the proceeds to benefit marshallARTS Family Series programming.

“As great a financial success as this event was, what really stood out to me was the sense of community,” Hartman says. “I saw friends that I haven’t seen in years; I brought my parents, who enjoyed visiting with old friends (and they aren’t even from Toluca Lake!). Plus, I formed new bonds in the process of co-planning this event. Toluca Lake’s community spirit and pride really shone through that day.”