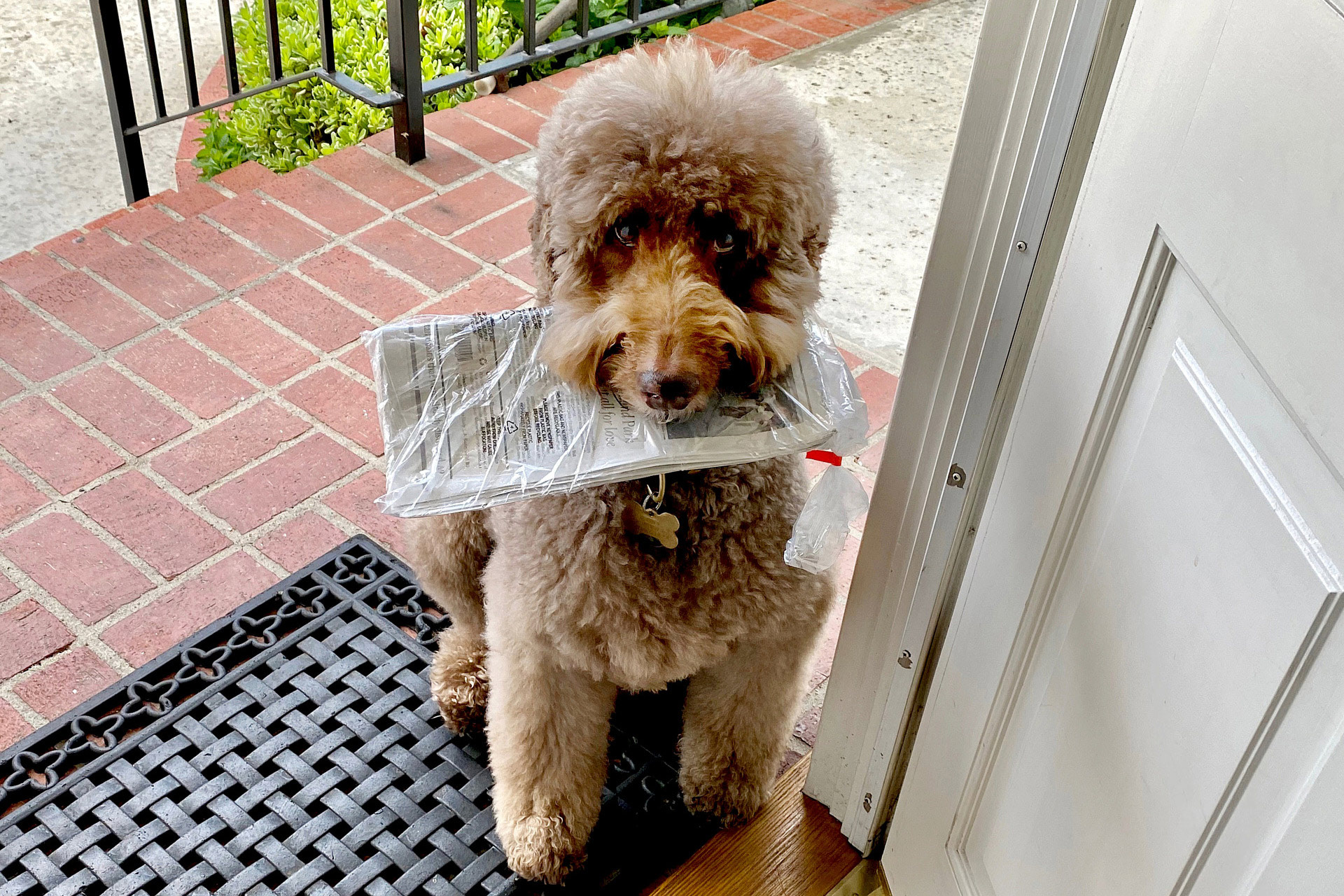 Chocolate Labradoodle Jack lived almost his entire 12 years in Toluca Lake. (Sadly, he passed away earlier this year, before we were able to print his story.) At 6 months old, he was sent back to his breeder by his original owner for being a “bad dog,” but his forever family saw him for the loving and loyal soul he was and had no hesitation in adopting him. Smart and easily bored, Jack became a self-taught assistance dog, fetching the newspaper daily for his pet parent who could not get it herself. If another person brought it in, Jack would be so upset, it had to be tossed back into the driveway for him. If she dropped a pen, makeup brush or any small object, Jack picked it up and held it for her. Not surprisingly, he loved playing fetch and was a self-professed ballaholic. At 70 pounds, Jack believed he was a small lap dog like his BFF Nelson (a previous Pet of Toluca).