A peek into historic moments is rare — especially through the eyes of a film industry pioneer like Harry P. Archinal. He was a Disney legend, credited with many innovations that had world-changing influence on the international film distribution business. His historic estate, nestled in picturesque Toluca Lake, is now ready to share its heirlooms of a remarkable time and place.

The Archinal estate was previously owned by Audie Murphy, the most decorated U.S. combat soldier of World War II, recognized for his bravery with a host of military awards, including the Medal of Honor. Murphy’s life story captivated moviegoers’ imaginations and propelled him to a postwar career in Hollywood, where he appeared in 44 feature films over the next 25 years, most notably playing himself in the 1955 blockbuster To Hell and Back, based on his bestselling autobiography. (Learn more about his time in Toluca Lake in “A Hero’s Historic Home.”)

Following the rich legacy of Audie Murphy, the Toluca Lake home now has another historic story to tell through the heirlooms auction hosted by the Harry P. Archinal Family Trust in partnership with Caring Transitions of the Angeles Foothills. Archinal began working at Disney in March 1954 as a clerk and eventually became president of Buena Vista International, remaining in that position for 16 years before retiring in 1988. With 33 years of film industry history and heritage, this home was destined to share heirlooms that have the ability to transport you through time and connect you to fond memories.

The auction of timeless memorabilia and historic items is currently online at https://ctbids.com/?site=1#!/individualEstateSales/114/9519 and ends April 6. Auction winners will have the ability to shop a pre-sale of the estate sale on April 9 and 10, followed by a private estate sale hosted April 17 by appointment only. 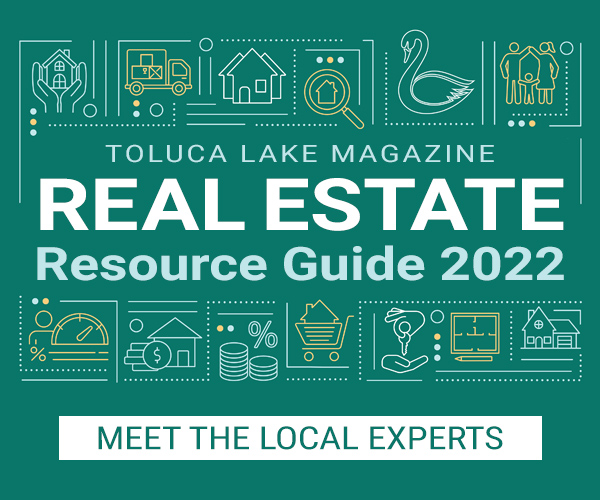