When you live in a neighborhood as steeped in history as Toluca Lake, stories from bygone days can be found just about anywhere — in our rich architectural pedigree, homes that once belonged to Hollywood legends, and restaurants and businesses that have been around for decades. But that’s not all. Our history is closely interconnected with that of surrounding communities, so there’s much to be gleaned about our past from our neighbors.

Fortunately, Burbank, Glendale and the Northridge/Van Nuys area are home to niche museums and cultural institutions that delve deeper into our local history. From restored Victorian homes to specialized museums focused on martial arts and neon signs, these unique sites use rare artifacts, antiques, vintage memorabilia and more to tell multifaceted stories of the people, places and significant events that have helped shape our communities into what they are today.

A MEDIA AND AVIATION CAPITAL

When the entertainment and aviation industries landed in Burbank in the 1920s and ’30s, they changed the city’s history forever. Studios pioneered new filmmaking techniques and technology and brought Hollywood’s elite to the neighborhood, while Lockheed’s advanced aircraft put the city on the map as one of the nation’s aviation capitals. The industries also had a profound impact on the city socially and culturally. This legacy is just part of the fascinating history that visitors will discover at the Burbank Historical Society (BHS).

The BHS museum complex is composed of the Gordon R. Howard Museum and a restored and antique-furnished Victorian residence built in 1887 called the Mentzer House (the last remaining “boom house” from the land boom of the 1880s). The 20,000-square-foot museum houses the bulk of the BHS’s collection, with numerous curated rooms exploring different facets of local history, such as the Memorabilia Room — which features photographs dating back 100 years, a Lockheed exhibit with striking aircraft paintings by company artist Chuck Hodgson, and detailed studio displays from Warner Bros., Disney and NBC — and the Mary M. Howard Room, which includes the Kong’s Garage vintage automobile collection and other artifacts highlighting the community’s enduring fascination with car club culture.

The museum, open on Saturdays and Sundays, hosts guided tours, as well as on-site programs such as “Flickers of the Silver Scream,” a vintage horror movie showcase held in October. BHS Vice President Marie Dennis says she hopes people who visit the museum walk away with a deeper appreciation of their local history, “that the place in which they live or work evolves from something one-dimensional to something that is colorful and multilayered.”

The Martial Arts History Museum is located a stone’s throw away from the studios that helped take Asian martial arts to a mainstream level in Western culture through popular films such as Enter the Dragon and Mulan. The museum teaches visitors about Asian art, history and culture, all while showing the impact the ancient practice has had throughout the world. Visitors often come to see the museum’s treasure trove of rare armor, weapons and iconic movie props but stay to marvel at the unique sections of the museum, including displays on the history of anime and martial arts in the media. However, it’s the exhibit on the once-secret Hawaiian martial arts, a fierce self-defense style that’s centered on dislocating joints, activating pressure points and weapon techniques, that really catches people’s attention.

“The Hawaiian section is what the people always get excited about,” says Michael Matsuda, the museum’s founder and president. “Called Lua, it was only taught to certain warriors and hidden from the public. It wasn’t until about 20 years ago when no one wanted to learn the art anymore that it was opened up to the public for people to practice.”

The museum is also known for hosting movie screenings, seminars, book signings and many other special events throughout the year. With several generous donors helping keep the museum alive during these challenging times, Matsuda is thankful to once again be able to give visitors an unforgettable experience. “Museums are here to inspire us, give us hope, help us learn about our past and help create a new path for our future,” he explains. “The Martial Arts History Museum provides a bridge that connects us all and hopefully makes us better people as a result.”

On Glendale’s bustling Brand Boulevard, the unmistakable glow of the Museum of Neon Art (MONA) is a captivating sight to behold. The large neon diving woman on the museum’s rooftop and the vintage signs and kinetic art displayed at its entrance come alive, offering an alluring invitation to passersby to explore L.A.’s history and culture in a whole new light.

Founded in 1981, MONA is the only museum in the world dedicated to exhibiting art in electric media. Visitors will find a rich collection of preserved and restored historic neon signage from bygone businesses throughout L.A., such as the 1930s Brown Derby sign from the restaurant’s Hollywood and Vine location. Toluca Lake locals will also spot a beloved neighborhood icon in MONA’s rotating selection of works: the Papoo’s Hot Dog Show sign.

Curator Ani Mnatsakanyan says the meticulously handcrafted signs offer a window to the past. “The stories that signs carry are an important representation of the people these signs represent and the histories they convey,” she says, adding that they help unlock stories about mom-and-pop businesses, immigrant narratives and the communities these businesses served.

This year, the museum celebrates its 40th anniversary with “40 Years of Light: Works From the MONA Collection and Collective,” an exhibit featuring sculptural, kinetic and atmospheric works that engage light. The museum also offers activities such as the Neon Cruise bus tour or Neon Night walking tour held in L.A., hands-on neon-making courses and virtual neon history presentations.

A few miles from MONA is the tranquil Brand Park, a 31-acre space punctuated by many eclectic historic landmarks that offer unique glimpses into the city’s past. Among them is the Doctor’s House, one of the city’s two remaining Queen Anne/Eastlake-style Victorian homes. The residence-turned-museum is a point of fascination for many, both for its attention to detail and the story of its preservation.

When the Doctor’s House was built in 1890, there were only 13 families living in the Glendale area, which was largely an agricultural region specializing in citrus, avocados and strawberries. It earned its nickname because a succession of four doctors lived in the home, each of whom were “instrumental in the development of Glendale, heading school boards, building churches and the first Chamber of Commerce,” Doctor’s House curator Peter Rusch notes. The home was then occupied by numerous families for several decades — including silent film star Nell Shipman and her family from 1917 to 1920 — before being sold in 1980 to a developer who vowed to destroy the home. But a group of citizens, who became the founders of the Glendale Historical Society (TGHS), saved the residence, transporting it from its original location at the corner of Wilson Avenue and Belmont Street to Brand Park.

TGHS restored the home over a five-year period, making sure interiors were replicated exactly and that “every stick of furniture, every piece of carpet and every accessory was authentically from the Queen Anne era,” Rusch says. This focus on historical accuracy is evident throughout the house — each room boasts turn-of-the-century accoutrements, furniture, carpet and décor. The rooms are brought to life every Sunday when docents dressed in period clothing lead guided tours, taking visitors room to room and discussing Victorian history and culture.

For those wanting to look through a time capsule of pop culture Valley nostalgia, the Valley Relics Museum in Van Nuys will have you saying, “I remember that!” from the moment you walk through the door. Curator and owner Tommy Gelinas has peppered the museum’s walls with must-see neon signs, from the Palomino Club, North Hollywood’s landmark country music club, to the ever-recognizable red, green and yellow “TACOS” sign of Henry’s Tacos. The museum also holds countless souvenirs from long-adored restaurants, rare TV and movie memorabilia (including the original VW bus from Fast Times at Ridgemont High) and many more Valley mementos. “People are always excited to see that the Valley’s history has been preserved and love taking a trip down memory lane or sharing their stories with the younger generation of visitors,” says Gelinas’ son, Shane, who works on the museum’s graphics and production.

The Valley Relics Museum has plenty for history buffs, too. Among the oldest gems in the museum is an 1865 handwritten letter by Isaac Newton Van Nuys, who owned the entire southern portion of the San Fernando Valley and was named its honorary godfather as a promise in the land sale. Perhaps the museum’s biggest draw is the iconic North Hollywood tailor Nudie Cohn’s customized 1975 Cadillac Eldorado, which is decorated with massive longhorn steer horns and a silver dollar–lined interior.

“To really understand the rich history of the Valley,” said the late Gerald Fecht, historian and founder of the Museum of the San Fernando Valley in Northridge, “it’s not only about the visuals, but it’s about the stories.” Fecht’s words live on today at the museum, with each artifact being brought to life and given a voice for all visitors to enjoy. Take, for example, the museum’s new Ritchie Valens exhibit, which features a jacket worn by the Chicano rock pioneer and San Fernando High School graduate.

“The museum’s artifacts are intertwined with a significant moment in time or historical event,” Vice President Jackie Langa says. “It’s not just a Ritchie Valens jacket — it’s the songs, where he played and the plane crash that took his life. You don’t just walk past a display. We want you to connect to that moment in time.” The museum is also close to completing “The Walk of Stories” outdoor exhibit, which explores the lives of three Valley immigrants through oral history and art. Partially sponsored by the City of Los Angeles Department of Cultural Affairs, the project features individuals who “journeyed to the Valley, settled here and contributed to the Valley’s success,” Langa says. It will include a 20-foot metallic dinosaur, a Levi Ponce mural and sculptures from the Knapp family. 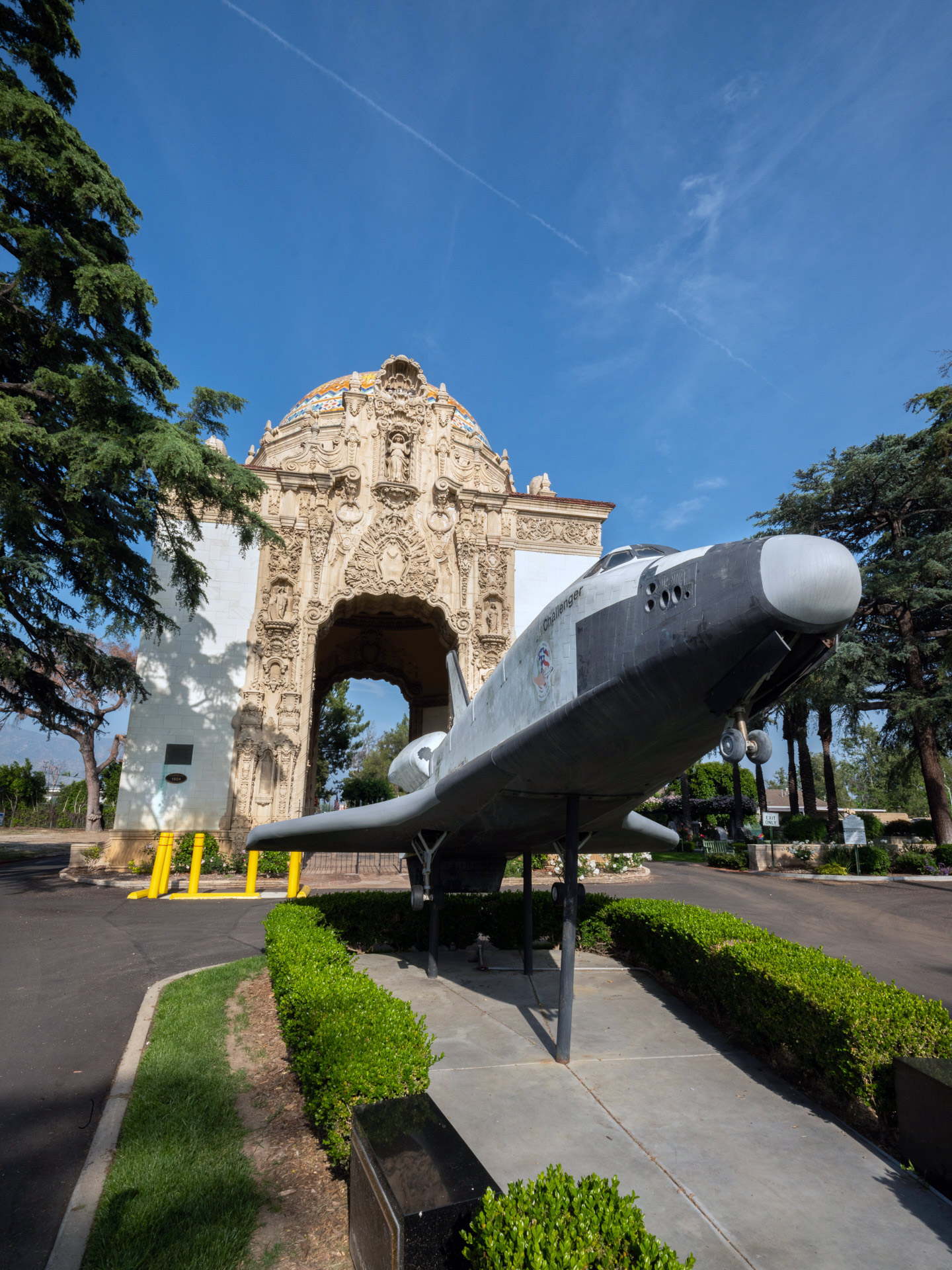 Built in 1924, the Portal of the Folded Wings, located at Valhalla Memorial Park Cemetery in North Hollywood, is an ornate seven-story shrine to the pioneers of aviation. A docent from the Burbank Aviation Museum is on site from 1 to 3 p.m. on the first Sunday of the month.
A Covetable Collection of Classic Cars 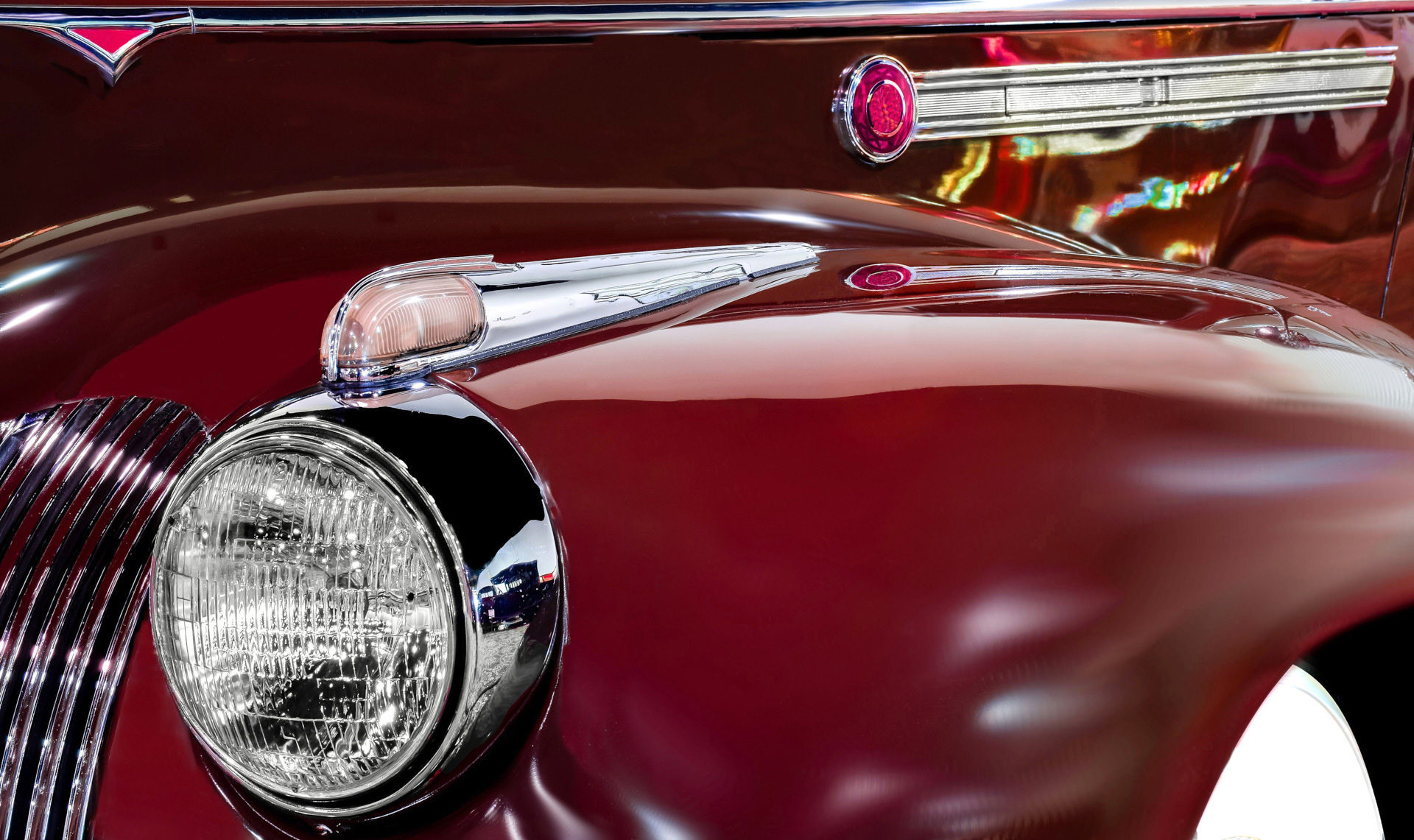 With a stunning showcase of more than 250 cars dating back well over a century, the Nethercutt Museum and Collection in Sylmar, which has two facilities across from each other with equally impressive gems, is home to many of the world’s most incredible antique, vintage, classic and special-interest automobiles.