Pergolina owner Paulanna Cuccinello shared these rare photos of a September 9, 1949, Western-themed community celebration. Film star Ann Blyth, who had moved to Toluca Lake in 1947 at age 19 and would continue to live there for decades, was inducted as the neighborhood’s honorary mayor at the square dance, which was also attended by previous honorary mayor Bob Hope and actual Los Angeles mayor Fletcher Bowron. Residents got in costume and showed off their local spirit, with revelers crowding the stretch of Riverside Drive between Clybourn and Forman outside the Tick Tock restaurant.

Robyn Allyn provided these 1998 photos of the Toluca Lake Fourth of July parade, a beloved tradition for more than 25 years. “Featured is the parade on Valley Spring Lane at Ledge (the parade ran only on the south side of Toluca Lake near the golf course),” she says. “The red car driver is resident Markie Post, friend of the family that started the parade. Also in the car is Silvia Baker (master makeup artist Rick Baker’s wife), who was friends with Markie. This parade was an old-fashioned event started by residents and attended by neighbors who looked forward to it each year.” 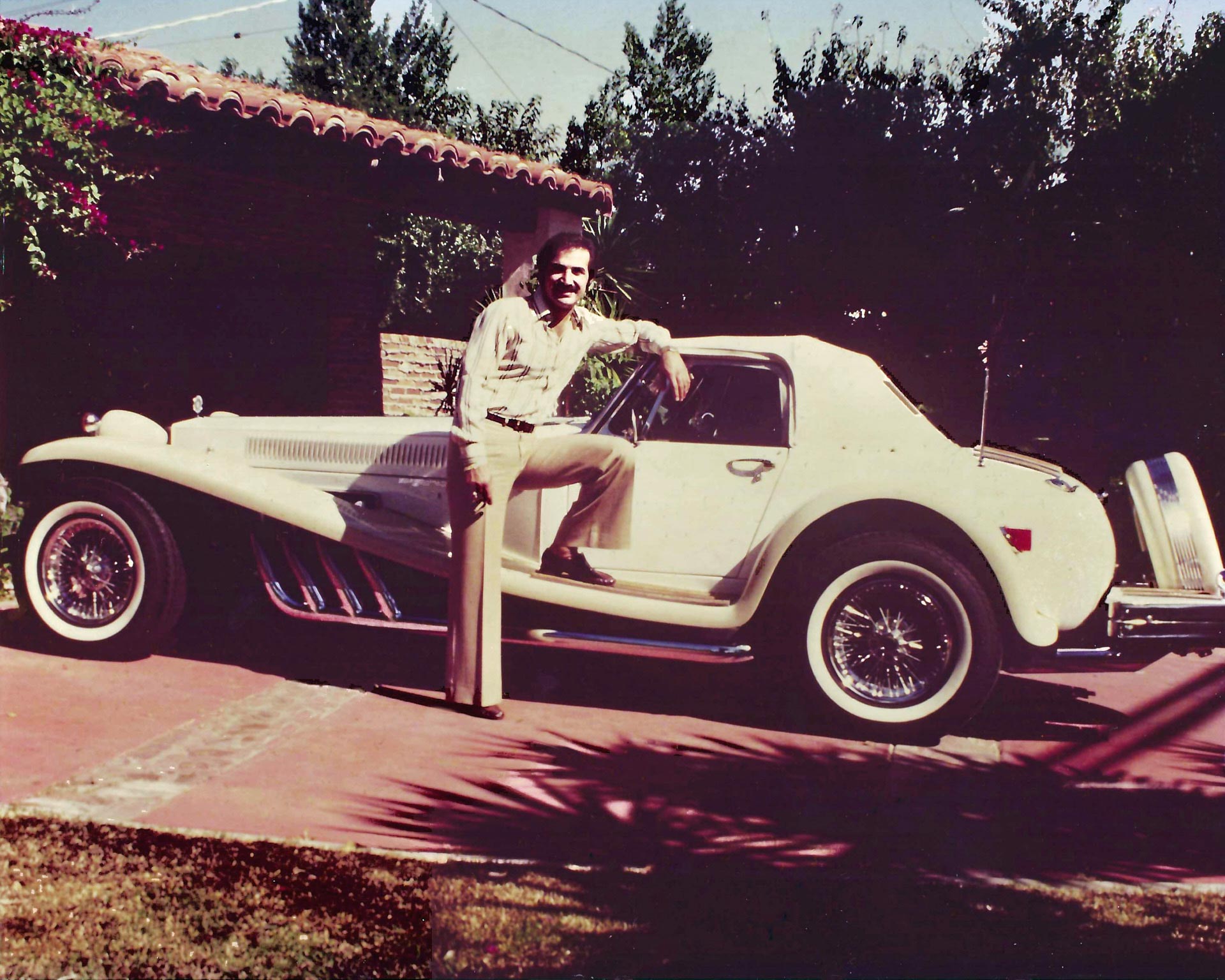 Monica Eshaya sent in this 1979 picture of her uncle, John Begini, in front of his then-home on Moorpark Street. Begini, a Toluca Lake resident since 1970, was one of the owners of Begini Associates, which developed many properties in the area, including the shopping center at 4444 Lankershim Blvd. 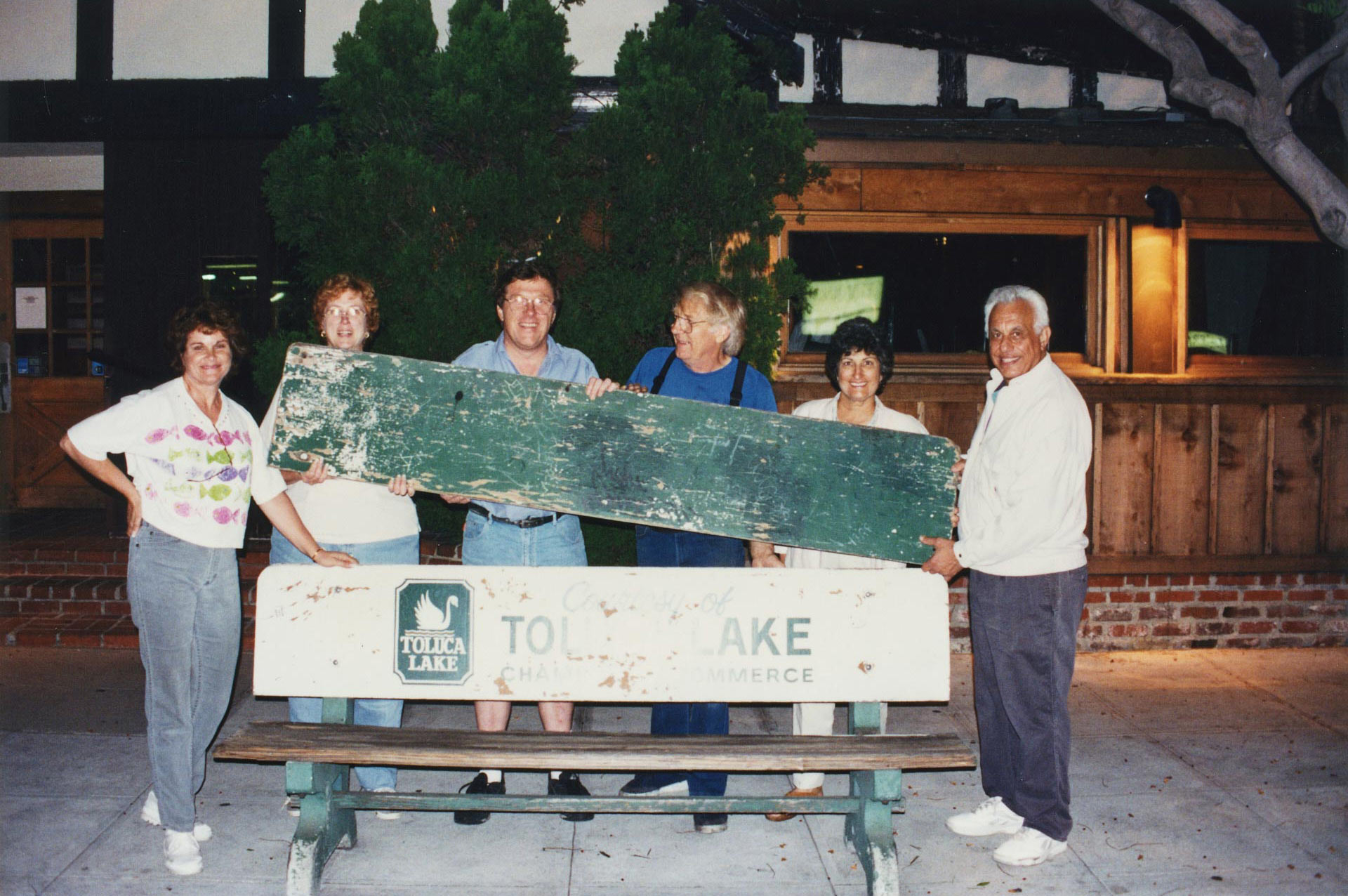 Happy 25th birthday to the concrete Toluca Lake benches! Natalie Bloxham shared photos of herself and other Toluca Lake Chamber of Commerce members — including Graham Bloxham, Emery Minger, and Lily and Sol Ajalat — gathering late one night in 1997 to tear out the worn benches lining Riverside Drive, in preparation for the installation of the versions we know and love today. 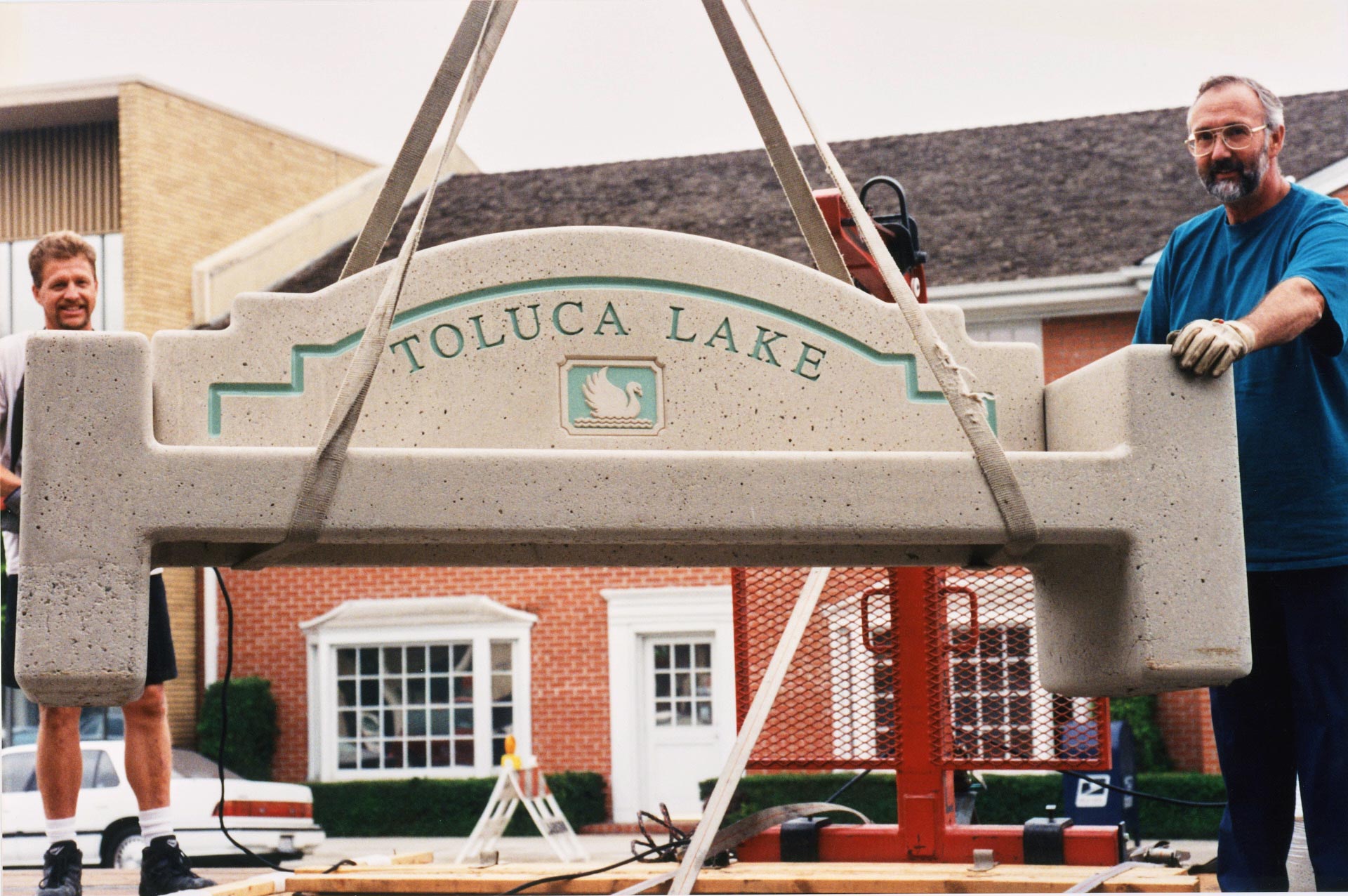