An International Extravaganza of a show…a must see!! Jazz, R&B, World Music with a gospel flare with her tambourine playing, comedic timing and dance movements.

You can’t take your eyes off of STEPHANIE SPRUILL and her awesome band!

Across the course of a peerless career, Stephanie Spruill represents excellence in music recording, performance, composition and education in a profound plethora of ways…in every genre…and on all of Earth’s 7 continents. The God-gifted and studied coloratura soprano ascended from A-list music, film and television sessions singer, and international touring sensation to starting her own La Pantera Records imprint for releasing solo albums in English and Spanish. She then opened her own Spruill House Music School of Music and Artist Development, Inc., and authored the instructional book and companion CD “Stephanie Spruill’s 17 Points to Longevity in Show Business” – with the emphasis on business.

Recently Stephanie appeared on the 87th Academy Awards singing with John Legend and Common on the Oscar winning song “Glory” to rave reviews. …to have been one of Country No one else can righteously claim to have sung at the White House for three separate administrations and before the Emperor of Japan the Queen of England and the King of Spain, superstar Glen Campbell’s Rhinestone Cowgirls on stage and recordings, as well as one of Disco diva Donna Summer’s “Bad Girls” on record…to have toured the world for over five years as a featured singer with Spanish superstar Julio Iglesias to singing at The Metropolitan Opera House with the incomparable Placido Domingo…be the sole African American woman wailing on the climactic close of southern rocker Tom Petty’s “Don’t Come Around Here No More” and leading the chorus on punk rocker Billy Idol’s rousing “Mony Mony”…to have sung among and contracted the chorus for Michael Jackson & The Jacksons’ concert opening anthem “Can You Feel It” and arranged the sultry, sexy backgrounds for Canadian soul-pop heartthrob Gino Vanelli’s “I Just Wanna Stop”…to have sung the stratospheric otherworldly scales of jazz trumpet legend Donald Byrd’s “Stepping Into Tomorrow” then played all that funky-funky tambourine on his Quiet Storm classic “Think Twice”…from singing onscreen with Brenda Russell as one of “The Delights” in the Rock and Roll movie “American Hot Wax,” to singing the original demo leads and backgrounds (which remained on the track) for The Weather Girls’ “It’s Raining Men.” Stephanie has sang on 100’s of Gold and Platinum recordings. These are but a fraction of cherry-picked highlights from Spruill’s sprawling memoirs.

Stephanie Spruill (last name is one syllable, silent “i,” of Dutch origin) grew up in South Central Los Angeles the third of nine children. Her parents loved jazz and gospel while she soaked up soul, pop and other strains among her peers. Stephanie had a natural affinity for drumming and rhythms but formally studied cello from elementary school to high school where she participated in musical theater as well. Singing in church and playing in orchestras taught her the value of being a team player as opposed to solely focusing on being a soloist.

Upon graduation from Centennial High School, Stephanie received a scholarship for music and theater at the Eddie Kantor Academy of Creative Talent then joined the African American ensemble Young Saints Academy of Performing Arts under husband and wife team Tommy Roberts and Evelyn Freeman. Here Stephanie gleaned her first major show business experience singing and dancing on television and on tour with Hollywood legend Danny Kaye. This included a stop at the White House where they performed “When The Saints Go Marching In.” “When I saw President Nixon’s guest the Duke of Windsor pounding his cane on the ground to my lead performance on the Edwin Hawkins Singers gospel hit ‘Oh, Happy Day,’ I knew right then and there that I had a gift,” Stephanie fondly remembers.

It was while performing in producer/keyboardist Jerry Peters’ group The Reason Why that drummer Harvey Mason got Stephanie started on the instrument that would become her percussion signature, the tambourine, which she went on to showcase in the band of guitarist David T. Walker. Brothers Larry & Fonce Mizell caught her at one show, sitting on a stool in front of the band going to town shaking and pounding her tambourine with such visible and audible glee that they recruited her to sing and play on all of their groundbreaking soul-jazz fusion productions for Blue Note Records, the biggest being Dr. Donald Byrd’s Places and Spaces LP. A day in the life of Stephanie Spruill became parking her car in a Sunset Blvd. lot and walking from studio to studio adding vocals and percussion to discs by Jimmy Smith, Ringo Starr, Tina Turner, David Foster, Cannonball Adderley, Minnie Riperton, Leonard Cohen, Tom Scott, Chaka Khan & Rufus’ double-Lp Live album Stompin’ at the Savoy and (famously) Dolly Parton’s “9 to 5.” The only time she ever got nervous was for Aretha Franklin’s “Jump to It,” produced by Luther Vandross, simply because “she’s ‘The Queen of Soul!’”

The music world swiftly opened to become Stephanie’s oyster as she continued to contribute her gifts to gold and platinum records (Quincy Jones, Barbra Streisand, Elton John, Neil Diamond, etc.), sold out concerts (Nancy Sinatra, Talking Heads, Olivia Newton-John, etc.), blockbuster films (“Forrest Gump,” “What’s Love Got To Do With It,” “Happy Feet,” “Dances With Wolves,” “The Breakfast Club,” etc.), even television commercials – in English, Spanish, French and Japanese. She appeared on the 71st Academy Awards singing behind the epic union of Whitney Houston and Mariah Carey on “When You Believe” (from “The Prince of Egypt”), sang and contracted the background vocals for Irene Cara’s Oscar winning “Flashdance (What a Feeling),” starred in the TV sitcom “My Sister and Me,” and led the stage production “Sang Sister Sang” in the role of the legendary Josephine Baker. She was personally signed to Arista Records by world famous record executive Clive Davis as a member of the duo Saint & Stephanie (formerly “Stuff & Ramjett”).

Stephanie notably added songwriting to her cache in the `90s with winning results. She co-wrote (with Robin Smith) the song “I’ll Be Good To You” by smooth jazz star Najee featuring guest vocalist Vesta – a song selected as the second single from the saxophonist’s third album, Tokyo Blue. It became his highest charting R&B single to this day, peaking at #9 and lingering on the chart for 17 weeks. The very next year, she co-penned (with Jeff Lorber and Diane Quander) two songs for Island Jazz vocal legend Jon Lucien’s major comeback album Listen Love, including the single “Sweet Control,” the only R&B-charting single of his three- decade career which peaked at #38. Stephanie wrote more songs for Lucien as well as the theme song “I’ll Be there For You” (with Peitor Angell) from the Salma Hayek movie, “The Velocity of Gary.”

Because she had worked so prolifically and profitably as a musician in support of others, Stephanie was next able to begin finally focusing on her own solo albums: Memoirs (re-recordings of songs she’d written for others supervised by Maurice White of Earth Wind & Fire fame) and La Pantera (songs sung in Spanish) – both released and promoted via her own recording imprints. She is currently completing a jazz album and performing with her reunited band that includes Robert “Pee Wee” Hill (bass), his wife Michiko Hill (keyboards), Michael O’Neil (guitar) and Stacey Lamont Sydnor (drums). Her eclectic sold out shows have been described as “like a magic carpet ride around the world” that includes originals and standards – from “Angelitos Negros’ to Jill Scott’s “Golden.”

The iconic Berry Gordy said “Stephanie Spruill is a great performer and she reminds me of Eartha Kitt and Sarah Vaughan.

Her Spruill House Music School of Music and Artist Development, Inc. has enabled Stephanie to give back to the music community that so nurtured her by providing a platform to educate and motivate students on the rigors they will face in today’s highly challenging work place. She has taught master classes as far away as Moscow while holding classes via Skype to students worldwide. Here at home, she has musically mentored many including actress Meagan Good, comedian Sinbad and fast up-and-coming singer/songwriter Judith Hill.

Stephanie Spruill is a blissfully wedded wife and homebody to her husband Melvin, mother to her daughter Yolanda, and grandmother to two beautiful granddaughters. Summing up her life and purpose, she states, “I love what I do and I’m not afraid to teach what I know because I know God is going to give me more. There’s only one Stephanie Spruill – she brings a culmination of gifts, experiences and lifestyle…and she’s got a lot more to do.

A minimum of $20.00 is required per person while inside the showroom. Dining in the restaurant or any of our bars does not apply to the showroom minimum. Service fees apply to all tickets purchased via Eventbrite, at the door, and/or at the Box Office. Valet parking available with validation for $6.

Parties of 7 or more must be booked directly with the venue by calling 818-769-0905. Big group seating is not guaranteed. 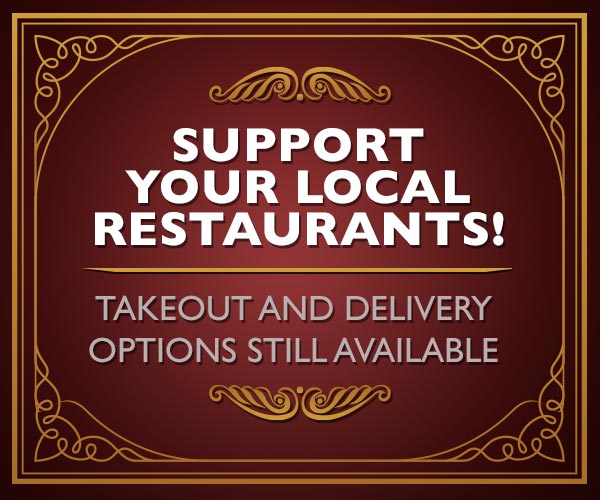